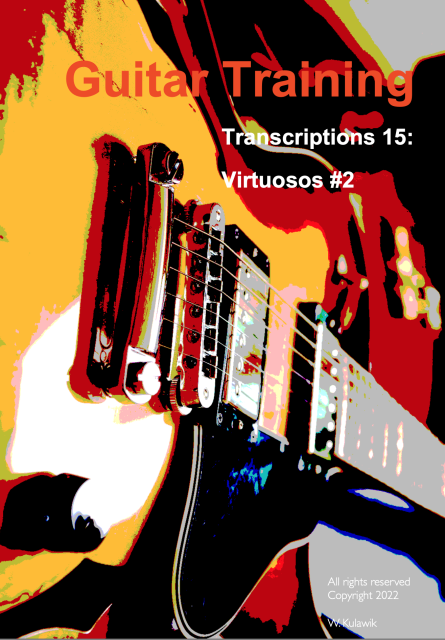 In this pdf (about 40 pages with notation an TABs) I have transcribed six solos by my favorite guitarists:

The following titles are included: